It took Rommel a few days until after Crusader had started until he decided to take his fingers out of is ears and stop singing “lalala I can’t hear you”.  Final confirmation was not accepted until the BBC on 20 November helpfully to the Germans broadcast the news that a major offensive was underway.  The text is given in the Ic (staff officer intelligence) copy of the “Tobruk Truth” news leaflets circulated inside the fortress, with the astute observation that ‘English broadcast service’ and ‘secrecy’ seem to be in crass contradiction to each other. 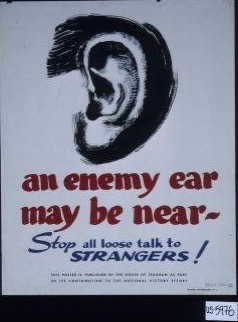 On 18 November the divisional order of the day, issued at 14h10 hours, and preserved in the war diary of Division z.b.V. (soon to be renamed 90th Light Africadivision, the name under which it acquired some fame) does not foresee this, and gives an insight into the first impression of the offensive:

with weakish armoured reconnaissance forces, including tanks from south- and southeasterly direction across Trigh el Abd pushed east of Gobi to the north.

This was in fact 7th Armoured Division with its three armoured brigades, and no news of the Empire assault on the frontier had yet filtered through to Division z.b.V.

Many thanks to my friend James for getting this one from NARA for me.