What is astonishing to me is that part of the order is for an exchange of liason parties between the two HQs to  enable the speedy exchange of reconnaissance information.  This implies that this kind of link and integrated operation had until then not existed, which goes some way to explain the completely different intelligence appreciation arrived at by the Italians and the Germans before the British attack started on 17 November (where the Italians were completely right, and Rommel’s vaunted intelligence officer von Mellenthin was completely wrong).

It is also surprising that it took over two weeks into the battle before anyone thought this might be a good idea. My guess is that the arrival of Kesselring had something do with it.

Nevertheless, there is evidence that missions were coordinated beforehand, both in terms of escort allocation and joint strikes by the Stuka force. So maybe at the local level things worked better than between HQs. 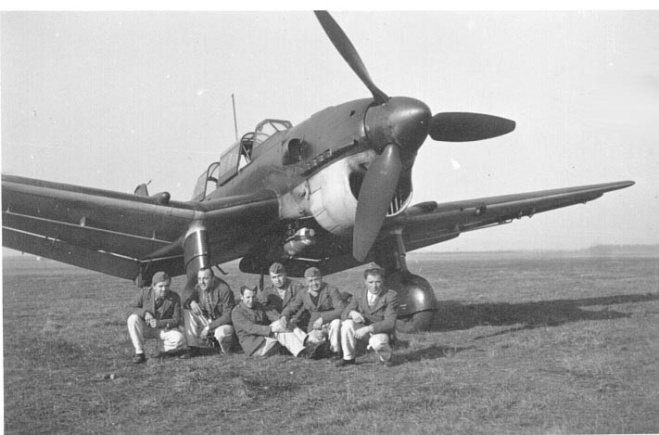 A Junkers Ju 87, probably of the B- or R-series, in italian service. Italians nicknamed it Picchiatello. (Wikipedia)