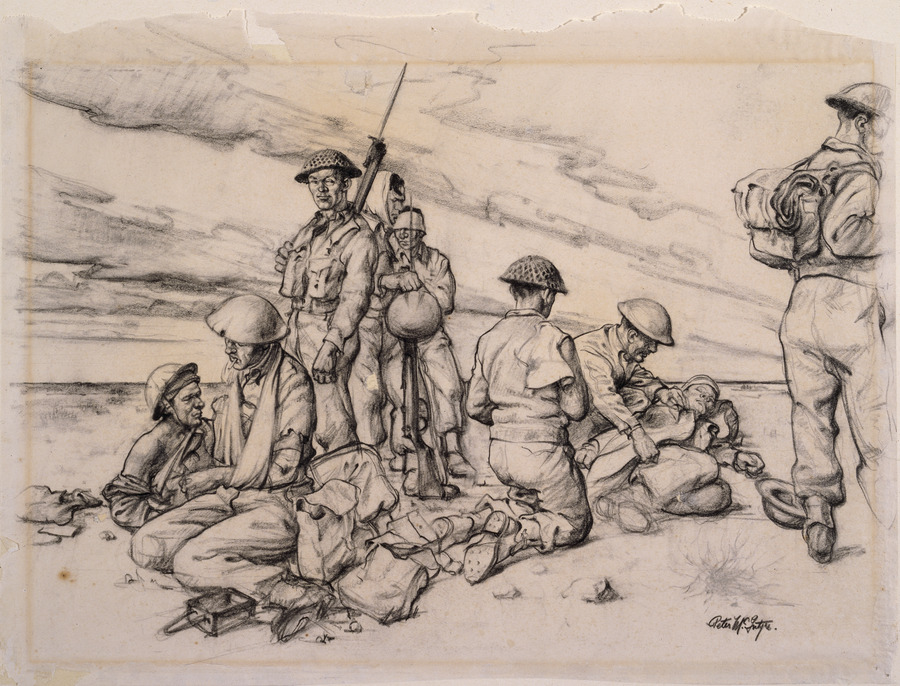 This is a preliminary assessment that aims to show the impact of operations on plane availability. Wastage. This does not just cover combat losses, but also cases where planes have been ‘pranged’ during non-combat operations. The loss reports are on a weekly basis, and formed part of a set of statistics also including enemy losses. Taken together they provided Royal Air Force planners with a running picture of comparative air strength. 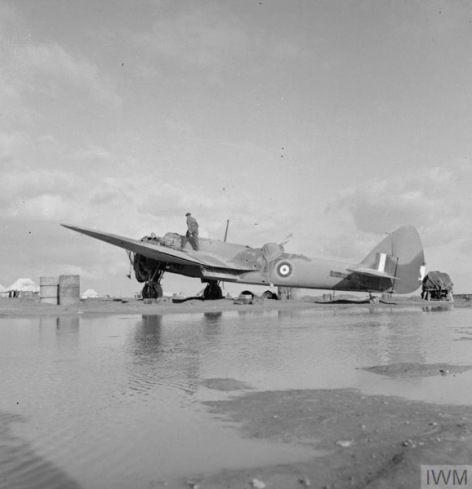 Losses are being defined as write-offs (Cat. E) and need for return to base workshop (Cat. B) – see the explanation here. The loss figures extend to week ending 13 February but do not include the week 6 February, which is missing, although given the very high losses in the week 13 Feb it is possible that it includes both. The ratio calculated is planes lost compared to planes available at the start of the battle.

While the tables contain more detailed information, the below calculations only cover the most common types.

It is also of interest to compare the ratio of lost to severely damaged planes. For example, the Beaufighter has the highest ratio of Cat.B (serious but repairable) casualties, at 43%.  By comparison, the Blenheim has only 24%. This could be an indication of a plane’s toughness, i.e. how much damage it could absorb and still limp home. 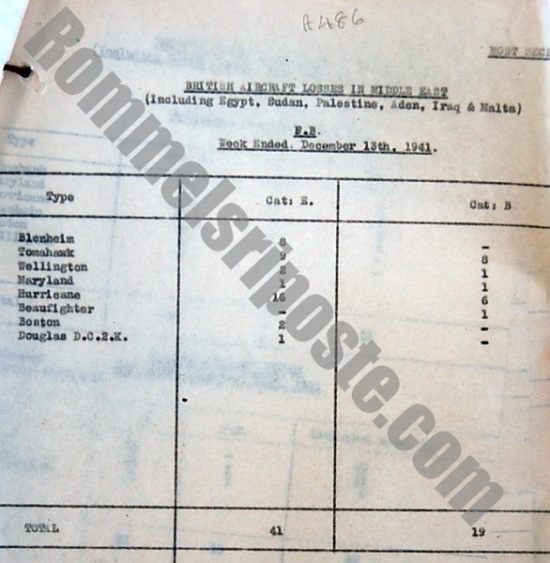 A single Caproni (captured Italian transport used as a hack), two Whitleys (what on earth were they doing in North Africa?), a single Wellesley, a single Sunderland with a very interesting story behind the loss – scroll down halfway on this page.