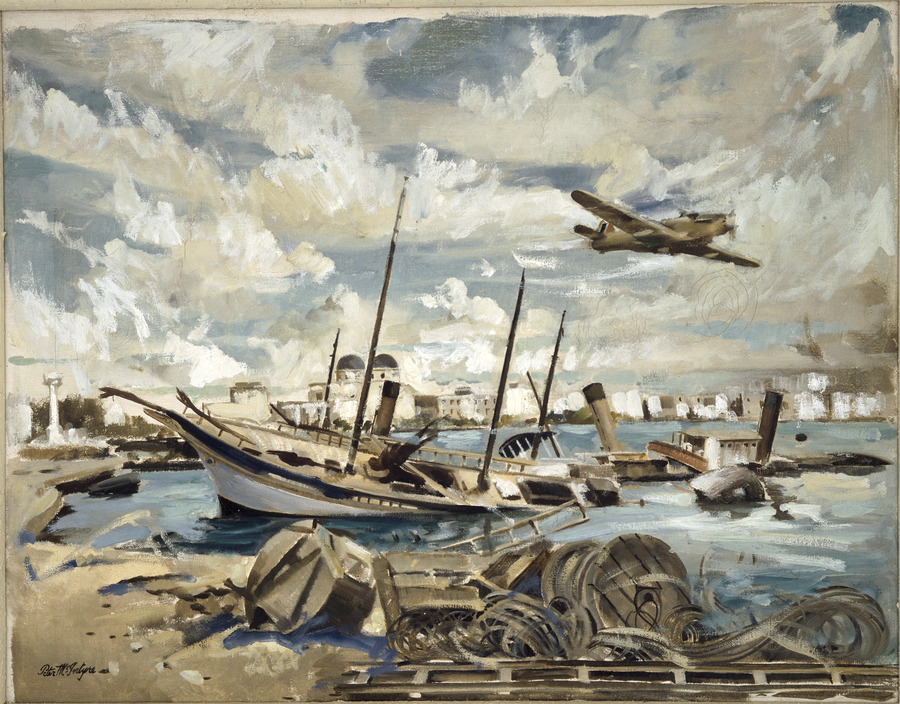 The Brigade had a short and exciting (in the Chinese curse sense of the word) Operation CRUSADER. Mauled at Sidi Rezegh just days after the operation started, it was withdrawn from battle and returned to the Delta, except for some smaller composite units that remained engaged in the battle for another fortnight, such as composite squadron NEMO of 2 RTR. 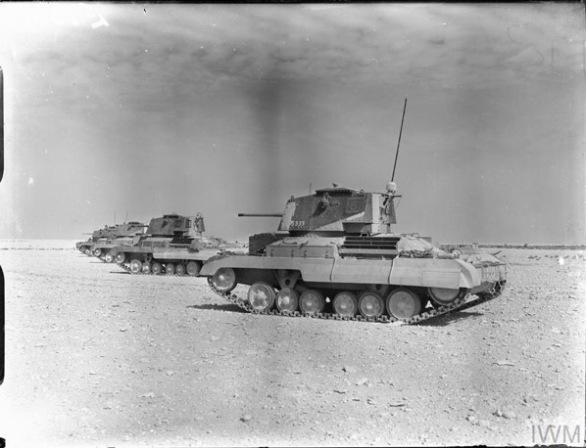 A10 Cruiser tanks in the Western Desert, 1 November 1940.(IWM E1001) By 1941 these tanks were obsolete and worn out, but continued to serve as command tanks at Brigade and Division level, and as frontline tanks in 7 Armoured Brigade and TobFort.

From the report written after the battle, here is some information that may be of use to wargamers. This OOB differs from Nafziger’s OOB for the battle which can be found at this link. The most important difference is the absence of the Northumberland Hussars (102 AT Rgt. RA) from this OOB. .

The total number of tanks on this day was 129, consisting of a mix of various cruiser marks. While difficult to disentangle, it appears that 26 Cruiser Mk. II (A 10) which formed one squadron in 7 Hussars and equipped Brigade HQ, and at least 16 Mk.IV (A13 Mk.II), which seem to have been primarily in 2 R.T.R., 16 of which had been issued as replacements for 16 Mk. IV tanks which had to be sent to base workshop in October, and were reported ‘unfit for action’ by the commander of 2 RTR, because they were missing essential kit, but they were nevertheless taken along. Other shortages reported were wireless (throughout the Brigade) and Bren guns (particular in 6 RTR which had issued theirs to the Polish units going to Tobruk in October). Mechanical reliability seems to have been a serious issue – on 19 November 7 Armoured Brigade was down to 123 tanks, and on 20 November to 115, without really having seen much combat.

Training state was reported good except in Squadron and Troop maneuver, which was restricted by mileage restrictions and the wireless silence before the operation.