In reaction to the Commonwealth offensive and the supply crisis, a large number of transport planes were assembled in Greece to ensure at least the most urgent supplies could be delivered to keep the German forces in North Africa in the game, so to speak.
An ULTRA intercept (CX/MSS/503/T29) of early December 1941 gives a snapshot of this strength, and it shows the low levels of serviceability, and importantly also shows what this level of effort could deliver in a day. With the proviso that without having the same info for other days, it is impossible to say whether this was a good, bad, or indifferent day. 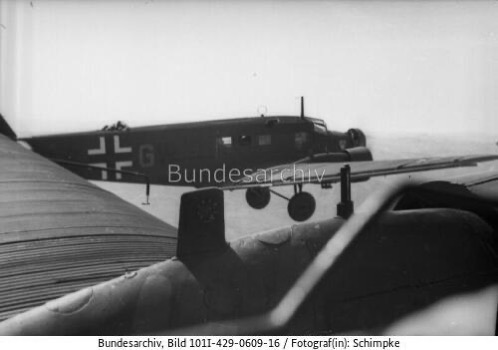 The total comes to 118 planes, excluding the gliders and their tows, of which 67 were operational, or 57%.

Remarks: the intented transfer of fuel to CRETE in the afternoon was not possible, owing to weather. The following are still on the way:-