During the morning arrival of a convoy with four transports (I./Flak 33[1] and supply goods). The convoy was attacked by an enemy submarine a few hours prior to arrival in Tripoli, but the torpedoes missed their mark. Troops were disembarked as quickly as possible and moved off during the afternoon, initially up to Homs.

Commanding General during the afternoon had a conference with General Gariboldi who agreed to the proposal to push forward the Brescia division, as soon as sufficient means of transport are available. Purpose: release of Armoured Division Ariete to free it for mobile combat. 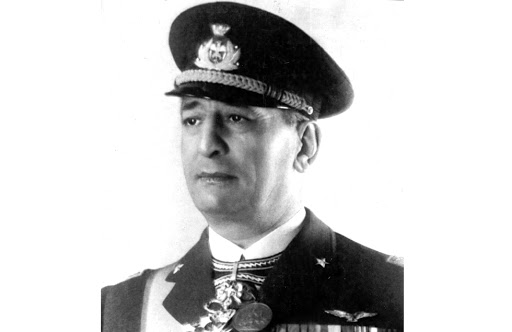 Forward move of the command staff to Misurata is being prepared by sending an officer.

During the afternoon hours Forward Detachment Wechmar had first contact of an armoured car patrol without visible success and without suffering losses. Armour-piercing ammunition not yet available on the frontline.

[1]General Cat was a highly regarded and decorated air force officer and First World War veteran,, who had just been sent out to take command of the 5a Squadra Aerea, the Italian air force command covering Libya. He was recalled to Italy on 6 November 1941 due to continuing issues in cooperation with the Luftwaffe commanders as well as the Italian army commanders. He was assigned to the military school and later put onto unlimited leave. In 1944 he took over as Head of the General Staff of the Regia Aeronautica, a post he held until 1951.