During the morning Commander inspects the unloading of the 4th naval transport column in the harbour.

At lunchtime His Excellency Roatta with two gentlemen of his staff and Admiral Weichhold, in charge of the naval transports Naples – Tripoli, are invited to the Hotel Uaddan. Afterwards conference with Admiral Weichold; he requests stronger escorts for our naval transports at sea, in the air, and on the ground, and considers it possible to disembark tanks on the shore of the Great Sirt.

Afternoon conference of the Commander with Lt.Col. Harlinghausen[1], who has been installed as Fliegerführer[2] by X.Fliegerkorps. 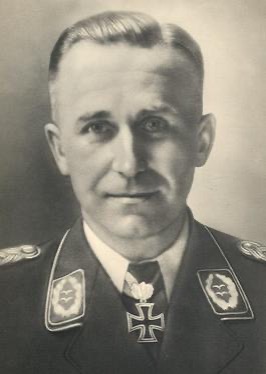 Result: Lieutenant General Rommel prevails, contrary to the initial view of His Execellency Gariboldi, in that the 5.lei.Div. will be placed in the area of en Nofilia and will hold contact with the enemy.

Unloading of 4th naval transport column is finished by evening.

Elements of the Italian motorised divisions Ariete[3] and Trento, as well as reinforcements in artillery, arrive in the port of Tripoli.

I./Flak 33 brings down an English Bristol Blenheim[4] near Sirt.

[1]Lt.Col. Harlinghausen held this command only for a few weeks, until the arrival of Major-General Fröhlich. He then was appointed Fliegerführer Atlantik. By the end of the war he command Luftwaffe forces in the west. Post-war he helped establish the west German Luftwaffe.

[2]The local theatre commander for the German air force.

[3]Ariete was an armoured division, not motorised. Trento was motorised, but lacked trucks.

[4]A light twin-engined bomber, obsolete by 1941, but still used in large numbers. RAF Bomber Losses in the Mediterranean does not record this claim.