At 9.00 hours the last elements of the 6th naval transport column have been disembarked.

During the morning a conference takes place at the Italian high command with the Chief of the Italian General Staff, General Miele[1], and his Ia, Colonel Sorrentino[2], concerning subordination and equipment questions (content and result see activity report).

During the afternoon General Rommel with his Chief of Staff inspects the medium tank battalion of the Div. Ariete in a barracks 20km east of Tripoli.

At 16.30 hours the movie Victory in the West[3] is shown in the Hotel Uaddan to invited guests. 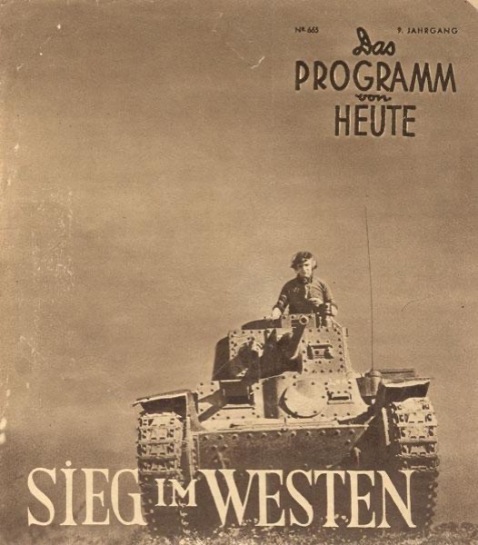 [1] General Alighiero Miele was the chief of staff of the Italian command in North Africa. He died in a British air attack on Benghazi on 23 April 1941.

[2]I believe, but am not certain that this may have been Rosario Sorrentino, who later became a member of Graziani’s staff in the R.S.I.

[3]A propaganda movie about the war in France, Belgium, and the Netherlands in 1940 which had just been published.