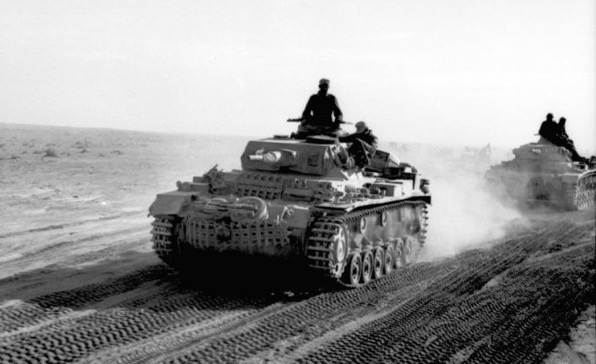 Attack by 5.lei.Div. led to capture of English forward positions at Maaten Bescer, as well as partial capture of built-up positions near Marsa Brega. Combat-capable elements of A.A.3 took B. es Suera. Counterattacks by enemy tanks were repulsed.

The reinforced 12th Bersaglieri battalion of Div.Ariete moved into position on the heights just north and 10km orth of Maaten Giofer.

Italian air force attacked reserves around Agedabia, the German tank and motor vehicle concentrations at Bleidet, as well as the positions at Marsa Brega. Near Agedabia a Hurricane was shot down. One Me 110 was lost in aerial combat, another one due to forced landing on our territory. 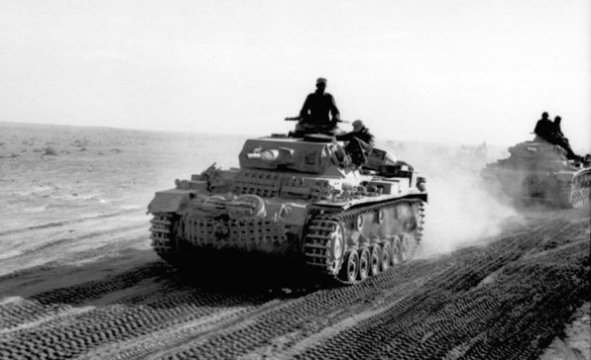 Operation order of evening 31 March set out in writing verbal orders of Commander in Chief concerning operations of divisions to defend, following occupation of B.es Suera and establishment of the bridgehead at Marsa Brega (see same).

Before Lt.General Rommel drove into the forward area to be present at the forward push of 5.lei.Div., he ordered the occupation of Gialo on 2 April (see operation order to 5.lei.Div.). 10 transport planes each were requested from X.Fliegerkorps and the 5th Italian Air Fleet. To be ready at Merduma on 1 April.

Detachment Schwerin moved to rest on the evening of 30 March after a 275km march through the rocky desert 35km south of El-Gaf. On the evening 31 March Count Schwerin reported arrival in Hun and intent to reach Sirt in two day marches on 2 and 3 April, after motor vehicles have been repaired.

The Quartermaster Department in Tripoli reported: “Steamer Galilea of 15th Naval Transport Squadron torpedoed or ran on mine during return leg at 07.00 hours, 31 March. Towing into Tripoli will be attempted.”[1]

[1]Galilea, a German steamer of 1,927GRT was torpedoed by HM/Sub Upright (Lt.D.E.Norman). While not sunk by the attack, she was towed back to Tripoli under escort, beached there, and never repaired. She was finally sunk in the harbour entrance by the retreating Axis forces on 20 January 1943.