I thought it might be useful to put up a list of tank types that I am aware of were available to the opposing forces during CRUSADER. Particularly in the German case, I am not 100% sure about the sub-variants, but the general capability is clear. Happy to be corrected on all this, as always. 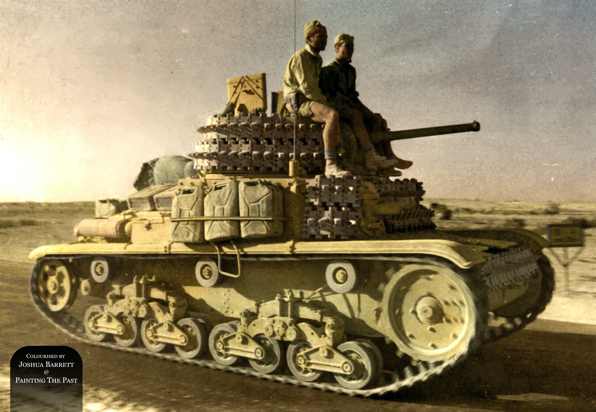 Italian M13/40 tank near Agedabia, January 1942. Colourised by Painting the Past.

On the German side, the long-barreled Panzer III with the 50L60 and the Panzer IV with the 75L42 guns did not arrive until March 1942 , and first saw action in the Gazala battles starting at the end of May 1942.
On the British side, I do not see any A9, A10, and probably few if any A13 after CRUSADER. I am not aware of any A9 or A10 fighting with 2 Armoured Brigade in January 1942.

13 thoughts on “For the gamers: Tank Variants Available during CRUSADER”