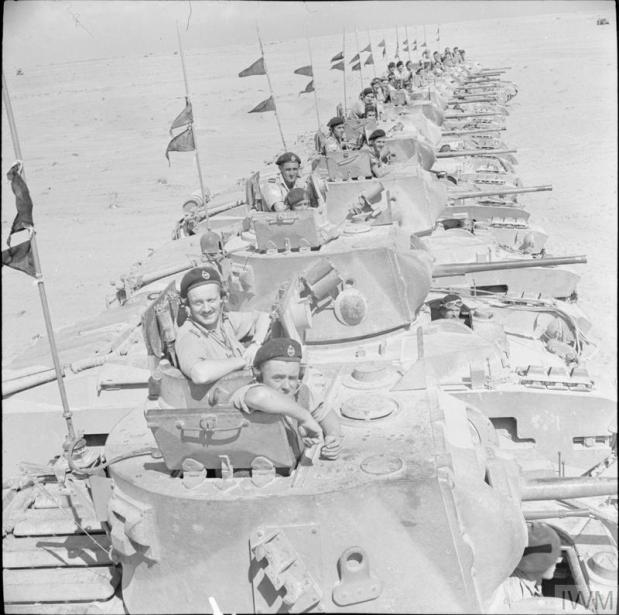 Looking at this picture, it appears to be a squadron of Matilda IIs. The caption says 12 September 1941 near Tobruk. The online history of 4 and 7 R.T.R. states that 4 R.T.R. only arrived in the fortress at the end of September. This would then pretty conclusively point to this being ‘D’ Squadron 7 R.T.R, which would distinguish itself during the breakout two and a half months later.

Anyone recognise one of the tankers? 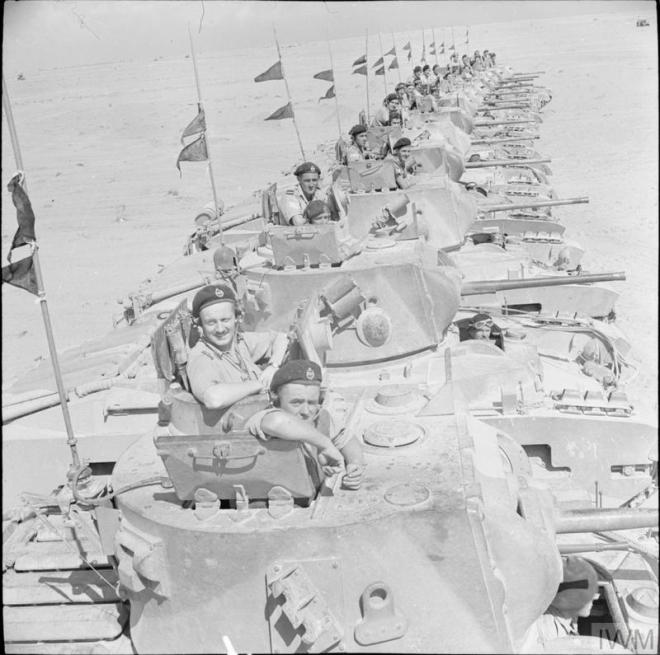 Matilda tanks lined up and ready to move off near Tobruk, 12 September 1941. Courtesy IWM Picture Collection

Turns out this is a still or picture taken in parallel with video footage. Just prior to this shot the tanks are moving, and the name ‘Grimsby’ can be clearly seen, while afterwards ‘Go to It’ appears. Since ‘D’ Squadron had tank names with ‘G’, this would conclusively prove it is ‘D’ Squadron 7 R.T.R. The whole video is worth watching and can be found at the link below.