This document is from the war diary of the H.Q. of 7 Armoured Division, December 1941. It’s the first time I have seen this, and it is unusual in that it is in colour. Very few documents are.

Signalling in a tank battle was of course a challenge with the means of communication available in 1941, and so even though German tanks were equipped with radio sets, these were not always reliable due to atmospheric conditions, they could be jammed (something the Empire forces attempted through the use of some specially equipped Vickers Wellingtons during CRUSADER), and networks could be overloaded. Flags were therefore a low-tech fallback, but of course suffered from their own issues – difficult to use in failing light, impossible in the dark, and affected by ground conditions, e.g. when lots of dust was thrown up. 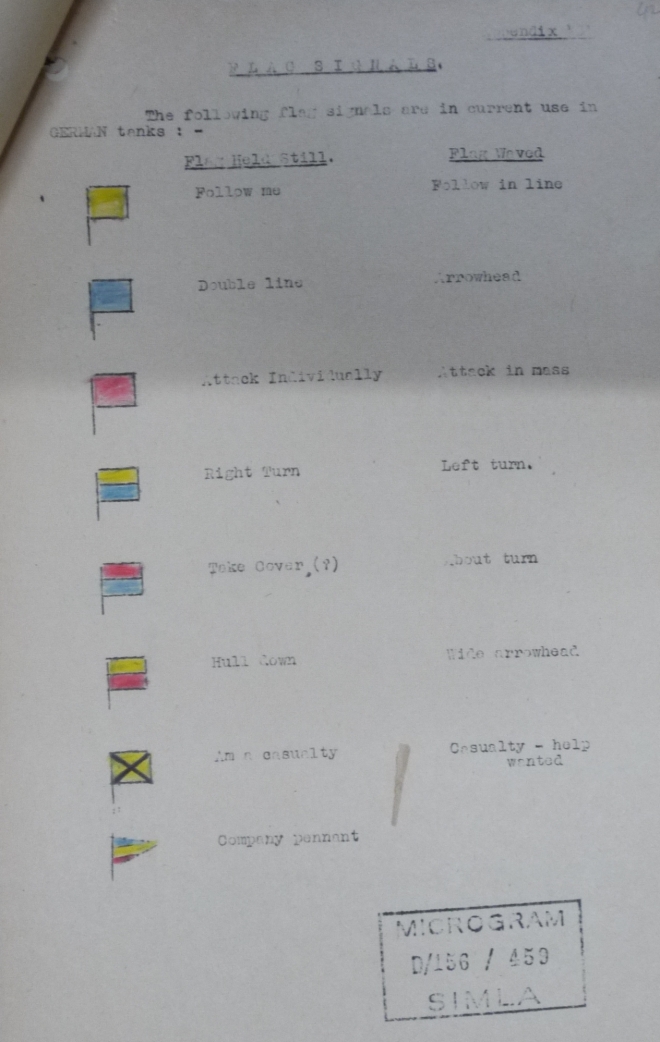 Usual health warning applies: this is a wartime document based on intelligence assessments. It may well be wrong, and the Germans only had flags in their tanks so they could engage in a Maibaumtanz.