Four Stars out of Five – Buy 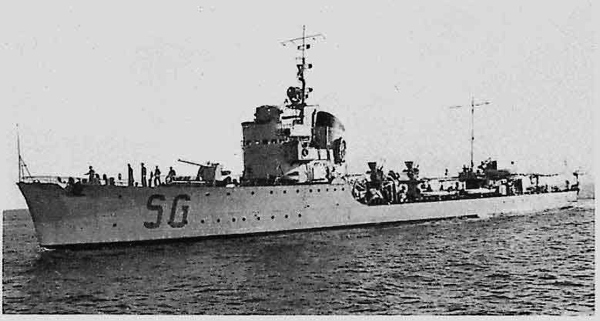 Torpdiniera Sagittario – a Spica-class, Perseo-sub class torpedo boat equipped with German ASDIC from early 1942. On 8 February 1942 she detected and rammed HM/Sub Proteus, which did however come off the better (see this link). Sagittario  survived the war and continued to serve until 1964 in the Italian navy. (Wikipedia)

I have to come clean here – there is no way I would not rate a book where my blog is the first item in the bibliography a buy. 🙂 So go out and buy it. I got it in a Kindle sale, and am happy I did.

The book covers the period of the Italo-British war from June 1940 to the Italian armistice in September 1943, with a short post-script covering the continued service of the Italian torpedo boats under the Kriegsmarine flag from 1943 to 1945.

The clear focus of the book is on the engagements between Italian escort torpedo boats and British submarines. The Italian navy, the Regia Marina, is usually dismissed due to the prevalence of a narrative driven by the Royal Navy memoirs which considered them shy adversaries. Anyone who has looked at the performance of the Italian escorts on the North Africa route knows that this is at best a caricature, and at worst an insult, both to the Italian sailors and to the British sailors in submarines and some surface vessels who fell victim to them.

The author has gone through a range of secondary sources and relies to a large extent on the official Italian history, which is a great service to those who do not speak Italian and/or would struggle to access this rare and expensive work.

The book is well rounded, and provides a very decent overview of tactics, technology, weaponry, and engagement detail for both sides, given its compact size. I consider it an important reference work and very helpful for anyone researching the naval war in the Mediterranean, which was for the most part a convoy war, the few major fleet actions notwithstanding.

Some interesting actions are left off, probably because they did not fit the torpedo boat/submarine engagement, but which are clearly relevant, such as the sinking of Destroyer da Mosto, which had a German ASDIC crew on board (see this older post). My guess is that this is because the other relied on secondary sources, rather than the German original sources in NARA, some of which I have.

So yes, this is not the definitive history of fighting the Royal Navy subs in the Mediterranean, but it is definitely a work that whoever is going to write that history cannot ignore.

The Kindle version is well produced and very readable. There are a few action diagrams which are clear and informative, allowing the reader to follow the sequence of engagements. The book is well illustrated with a wide range of pictures that are relevant to the material presented, many from private collections.

There is a bibliography that is helpful in guiding further research, and more than I would expect in an Osprey work, since these are not normally considered academic works.

The review is based on the Kindle version of the book. It was not provided for free and I have no commercial interest in the book.

HMS P.38, sunk with all hands by Torpediniera Circe with the use of German ASDIC on 23 February 1942. The detailed report by Commander Palmas of Circe can be found in this older post. Lest we forget. (Wikipedia)