On Twitter I came across a popular historian’s hot take regarding the correct approach to identifying Corps in publications, claiming that the reason why historians use Roman numerals is due to historic precedent and Corps always having been numbered in this way.

As a general rule, as this article will demonstrate, this is wrong. As a specific rule, for WW2, it is also wrong. Different armies did it differently, and post-war, but not immediately so, the standard of Roman numerals emerged across armies, driven by NATO usage, but also because it does make sense in most cases. It clearly has something to recommend itself, particularly when writing a large and complex history of a major campaign, such as the Russo-German war, where individual divisions almost don’t matter. But that also doesn’t make it a universal requirement, and it is important to note that rather than helping the reader, such standardization can confuse them in rare cases.

It is also important to note at this stage that it’s up to every author to do as they please or as their publisher/academic guidelines require. What I have an issue with is any claim that only Roman numerals are right, and the implication that anyone not doing it that way is doing it wrong.

The historical case is quite clear here, thanks to Jonathan Prince on Twitter. In World War 2, British Corps were numbered in Arabic numerals. The rules for this are contained in the British Army’s Field Service Pocket Book No.2 (FSPB 2). The 1941 edition of this book can be found on the most excellent Vickers MG site at this link. There was a difference depending on the medium – a report or a message, for example.

It is this style that our books will follow, even though, as you will note from the examples below, it wasn’t universally followed at the time.

The end result would be:

The Western Desert and Axis Corps

When writing about the Western Desert in 1941, there is another issue in the form of potential for confusion with the Axis corps. During the period of Operation CRUSADER, there were up to four Axis Corps in action, three Italian, and one German. The Italian corps used a mix of Roman numerals (of course) and names, while the German corps used a name.

Furthermore, there is no potential for confusing them with divisions, since neither the British 13th, nor the 30th Division served in the Western Desert. 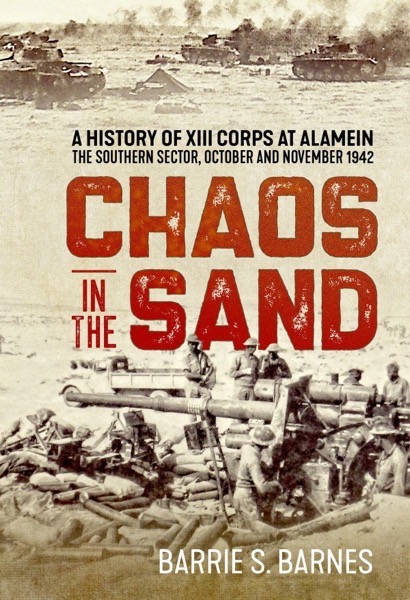 And yes, I know I said there is no right or wrong way, but this still jars, because it is ahistoric. Helion Books via Twitter.

To anyone who has spent time looking at primary documents, it is clear that ‘historical precedent’ cannot refer to either usage during the war, or indeed post-war useage in all Official Histories (the Australian Official History is using Roman numerals for British corps). It must refer to usage which crept in with increasing standardization due to NATO language, is my guess. That in my view makes it an anachronism. It is a defensible one in many cases, but it doesn’t appear so when writing about the Western Desert, where all that can be said for it is that it follows a style guide that is aligned with NATO. It looks odd, if not wrong, and there really isn’t a historic reason to use it.

The below examples are from our collection, or have been taken from Twitter posts or the official histories, in which case the origin is identified.  They clearly demonstrate that the weight of historical precedent is on the side of Arabic numerals for British Corps, throughout the war and into the immediate post-war period up until the creation of NATO. 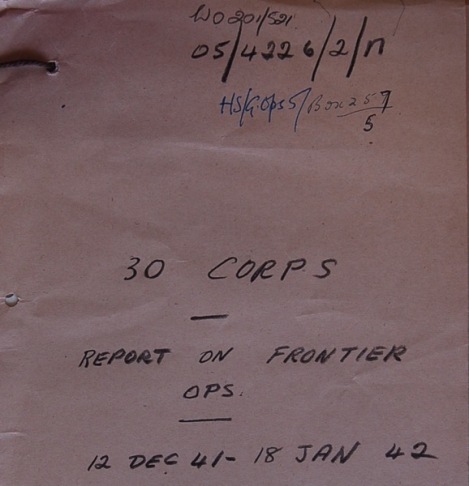 1942 report on operations on the Libyan/Egyptian border to reduce Bardia and Halfaya, 30 Corps. Note that while this is a report, and should presumably use “30th”, it doesn’t do so. Rommelsriposte.com collection. 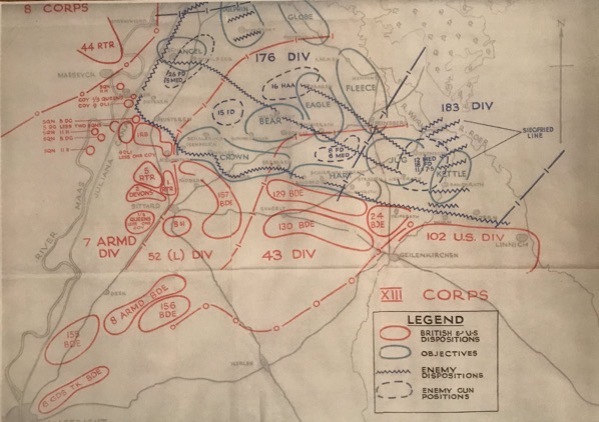 Situation Map, January 1945. Note use of Roman numerals for US XIII Corps. UK 8 Corps in the upper left corner. Via Twitter – Gareth Davies 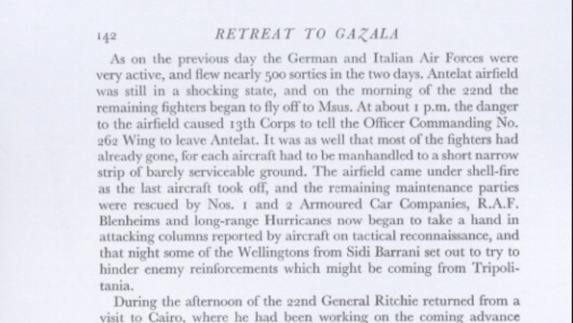