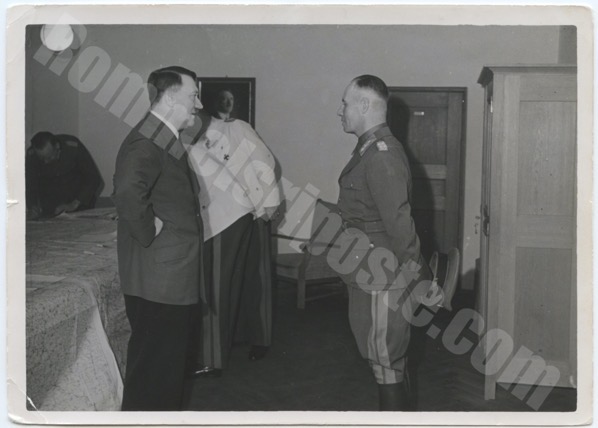 At the beginning of the war, Hitler directed the war by general instructions (Weisungen in German), which compelled armed forces commanders to act in a certain way. The implementation and planning was then left to staffs. The Directives were consecutively numbered (e.g. the Directive for the invasion of the Soviet Union was No. 21), and there were 2 or so per month in 1941.

The Directives were prepared by the staff of the High Command of the Armed Forces (Oberkommando der Wehrmacht – OKW), so they were already supposed to be militarily sound, and based on proper planning and strategic analysis. Hitler himself was the Commander of the Armed Forces, so the OKW worked towards him.

Three Directives were issued in 1941 that covered the war in the Mediterranean. No. 22 in January, which directed the initial involvement, No. 32 in June, which prepared the direction for the conduct of the war generally after the defeat of the Soviet Union, and No. 38 in December, which established the first Wehrmacht theatre command in the form of Oberbefehlshaber Süd/OBS Supreme Commander South (see this link).

On 11 June 41 Hitler issued Directive 32, concerning the strategic direction after the end of the war in Russia (optimism was obviously not dead yet). This was a substantial document covering a range of future activities. It was issued in two versions, with a revision affecting the Mediterranean being circulated to commands on 30 June. The translation below is the revised version. 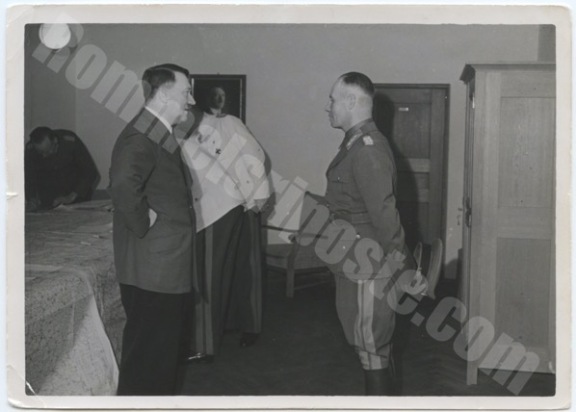 Directive 22 Support of German Forces in the Mediterranean Battle

Directive No. 32 – Preparations for the Period After Barbarossa (relevant elements only)

The Führer and Commander in Chief  of the Wehrmacht

Directive No. 32 for the Conduct of the War

A) Following the destruction of the Soviet armed forces, Germany and Italy will reign over the European mainland (at first without the Iberian Peninsula). There will be no serious land threat to the European spaces from then on. To secure it and for the remaining offensive operations, far fewer ground forces will be required than had to be held ready until now.

The main focus of armament can be put on the navy and air forces.

The deepening of the German-French cooperation should and will tie down further English forces, eliminate the rear threat to the north African theatre of war, and guard the deep southwesterly flank of the European battle space, including the Atlantic coast of North and West Africa, against Anglo-Saxon attempts.

Spain will in due course have to face the question of whether it is ready to contribute to the driving out of the English from Gibraltar or not.

The possibility to exert strong pressure on Turkey and Iran improves the potential to also use these countries for the fight against England, directly or indirectly.

B). From this situation, which will result from the victorious conclusion of the campaign in the East, the following strategic tasks will emerge for the armed forces in late autumn 1941 and the winter 1941/42:

1) The newly gained eastern space must be organized, secured, and economically exploited under full participation of the armed forces.

How strong these security forces will be can only be ascertained at a later stage. Most likely however about 60 divisions and an air fleet, alongside the allied and friendly forces, will be sufficient for the tasks in the east.

2) Continuation of the fight against the British position in the Mediterranean and in Near Asia through a concentric attack, that from Libya through Egypt, from Bulgaria through Turkey, and under certain circumstances also foreseen from the Trans Caucasus through Iran.

a) In North Africa it will be important that Tobruk is dealt with and that thereby the basis for the continuation of the German-Italian attack against the Suez Canal is created. This is to be prepared for November with the condition that no further large German formations are brought to North Africa and that the Deutsche Afrika-Korps will be brought on the highest level in terms of personnel and materiel, and equipped with sufficient reserves of all kind under its own control (with conversion of 5. le. Div. into a full Panzer-division).

The preparations for the attack require that the speed of transport is increased by all means and by utilizing French North African ports and possibly the new sea route from the  south of Greece.

The task of the Kriegsmarine is to cooperate with the Italian navy for the readying of the required shipping space by chartering French and neutral shipping space.

The later transfer of the German fast attack boats (E-boats) into the Mediterranean is to be assessed.

Any support has to be given to the Italian navy to increase the discharge capacity of the North African ports.

Commander in Chief of the Air force directs sufficient flying formations and anti-aircraft artillery to the Afrika-Korps as they become available in the East, for the continuation of operations and reinforces escorts of Italian convoys to protect naval supplies from the air by tasking German air units.

b)  Considering the expected English reinforcements in the near and middle east, and especially to protect the Suez Canal, it will be necessary to consider a German operation from Bulgaria through Turkey with the intent to attack the English position on the Suez Canal also from the east.

In this regard it is to be planned to concentrate strong forces in Bulgaria as early as possible,as are required to make Turkey politically willing to cooperate or break her resistance by use of force.

c) Once the collapse of the Soviet Union has made it possible, preparations for the use of a motorised expeditionary corps from the Trans Caucasus against Iraq, in conjunction with the operations under ‘b)’ have to commence.

d) Utilisation of the Arab freedom movement. The situation of the English in the middle orient will be more difficult with larger German operations as more forces are tied down in a timely manner due to concentrations of unrest or insurgent movements. All measures serving this purpose, military, political and propaganda have to be most closely coordinated in the preparatory phase. I designate Special Staff ‘F’ as the central delegated office to be involved in all planning and measures in the Arab region, with its seat in the area of the Armed Forces Commander South-East. The best experts and agents have to be assigned to it.

Tasks of Special Staff ‘F’ are set by the Chief of the O.K.W., and as far as political questions are concerned, in coordination with the Reich Foreign Minister.

3.) Closing of the Western entrance to the Mediterraneanby eliminating Gibraltar.

The preparations for the previously once planned Operation “Felix” have to be restarted in full during the winding down of the operations in the East. It can be expected that the unoccupied French territory, if not for the through transport of German troops, will at least be available for supply transports with certainty. It is also possible that French naval and air formations will participate.

To transfer to Spanish Morocco after the capture of Gibraltar, army units are only to be considered to the extent that is required to secure the narrows.

The defense of the Atlantic coast of North and West Africa, the elimination of the English possessions in West Africa and the recapture of the territory under the control of de Gaulle will fall to the French, who are to be allowed the required reinforcements in line with developments. The use of West African bases by the navy and the air force, and possibly also the capture of islands in the Atlantic, will become easier after control of the narrows has been gained.

4.) Apart from these possible operations against the British position of power in the Mediterranean, the “Siege of England” has to be restarted in full by the navy and the air force after the closure of the campaign in the East.

All armament measures serving this aim therefore have priority in the overall armament planning. At the same time it will be necessary to strengthen the German air defense to the highest degree. Preparations for a landing in England will have to serve the twin aim to tie down English forces in the mother land and to trigger and complete an expected collapse of England by an invasion.

c) At which point in time the planned operations in the Mediterranean and the near orient can commence is not foreseeable at this time. The strongest operational effect would be achieved by a simultaneous commencement of attacks against Gibraltar, Egypt and Palestine.

Whether this is possible depends, apart from a number of factors, foremost on whether the Luftwaffe will be able to simultaneously task the required forces for the support of these three operations.

d) I am required the Commanders in Chief to undertake their conceptual and planning preparations based on these initial intents, and to inform me of the results in a timely manner so that the final directives can be given while the campaign in the East is still in progress.

Directive No. 38 (see translation and Original at this link) Directive 22 Support of German Forces in the Mediterranean Battle (Original)

Ziffer B 2 a) und b) hatten im Entwurf folgenden Wortlaut: