On 5 November 1941 Middle East Command issued a complete list of guns present in Middle East Command. This is preserved in WO169/949 in the UK National Archives, and reproduced in the table below. In an earlier post I had published the medium artillery numbers. It can be found at this link, and is from the same document. 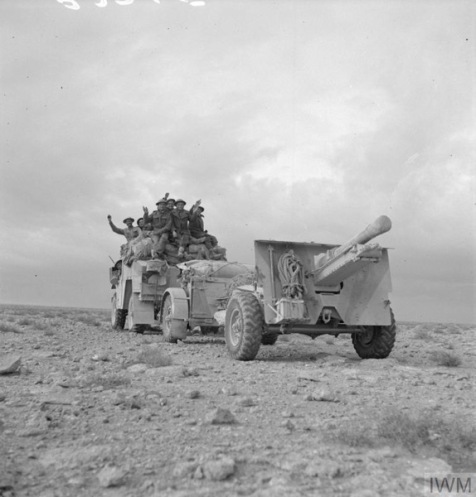 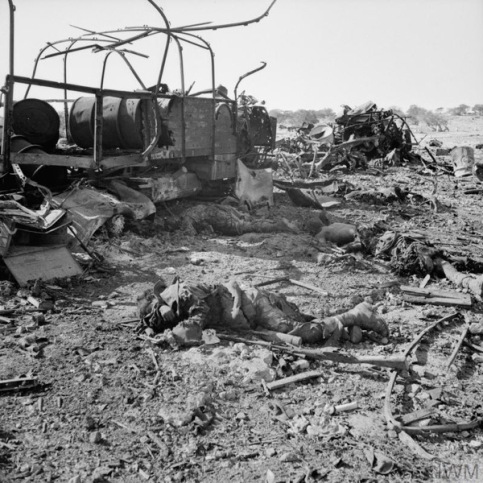 Artillery as a killer during the retreat in December 1941. “The result of an Italian ammunition column which came under our heavy shellfire near Derna.” (IWM E7309)

(b) Available not yet issued:-

16 have been despatched to East Africa. A certain number of carriages have been used for 18-pdr. pieces in order to raise the standard of 18-prs Mk V sent to India. 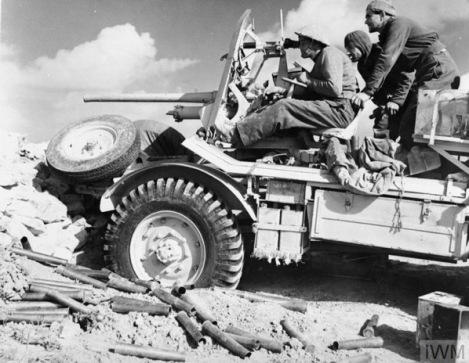 New Zealand 2-pdr anti-tank gun mounted on a truck in the portee role, 3 December 1941. This  photo became the basis for a painting by Peter McIntyre. (IWM E3743E)

(b) Available not yet issued:-

[1] CD – Coastal Defense, AA – Anti-Aircraft
[2] At El Alamein, with one battery with ‘E’ Force
[3] In Syria [4] Not in action during CRUSADER
[5] The famous ‘Bush Artillery’, mostly captured Italian guns.
[6] These guns would have arrived and been issued prior to operations commencing
[7] None of these guns would have made it to the theatre before operations commenced.