In a previous post linked here, I have added information comparing Italian divisional strength after the CRUSADER battle, comparing it to the authorised strengths of the division.  I recently received Salvatore Loi’s book Aggredisci e Vincerai, the history of the Trieste division.  Most of it is focussed on 1942/43, but there is some good information about the division’s role in CRUSADER in there.  Here I want to use this information to show what the impact of the losses was, by showing the structural change of the division following the battle.

But first a bit of background on the division. It arrived on the big liner convoys in August and September, and suffered 450 killed when Gritti, Oceania and Neptunia were sunk. Loi states that the CO of IX Gruppo of 21 Artigliera died when the latter two were sunk by HMS Upholder. Montanari, the official Italian historian of the war in North Africa, puts the division was around Homs in early September. On 25 October small elements of the division already undertook recce towards Segnali and Mechili. On 8 November the division was in the sector Bir Hakeim-Bel Harmat-Mteifel el Chebir. There is an interesting diary entry at this link from a subaltern in 66 Reggimento Fanteria. The officer writing the diary was posted missing after CRUSADER, he is in the 66 Fanteria casualty list in Loi.

Based on the information in the earlier post, I am presuming Trieste lost about 4,000 men.  It is the nature of losses in battle that they fall largely on the infantry, meaning that while the division as a whole may ‘only’ have lost 22%, the effect at the sharp end is likely to be far more pronounced, and this is shown when looking at the structural change of the division after the battle.  In the case of the Trieste division, it started the battle with 7 infantry battalions and 4 battalions of AA/AT (armi di accompagnamento), and ended it with 6 infantry battalions and 0 AA/AT battalions, a 45% drop in frontline strength. Furthermore, the two infantry regiments went from three companies of 81mm mortars to one per regiment, severely reducing their firepower. The regiment most involved in the fighting, the 9th Bersaglieri lost two battalions, one infantry and its AA/AT battalion.  In the process of the battle, the two infantry regiments lost their regimental mixed AT/AA battalions (my guess is that the guys in these battalions were used to make up numbers in the remaining two infantry battalions), and the divisional AT/AA battalion was also dissolved to provide reinforcements at the end of January.

This changed as below by the end of the battle:

*According to a contemporary source provided by Michele, the  “Battaglione di armi anticarro e di accompagnamento” (=”antitank weapons and support weapons batalion”) in theory had a contingent of about 600 men, and consisted of: 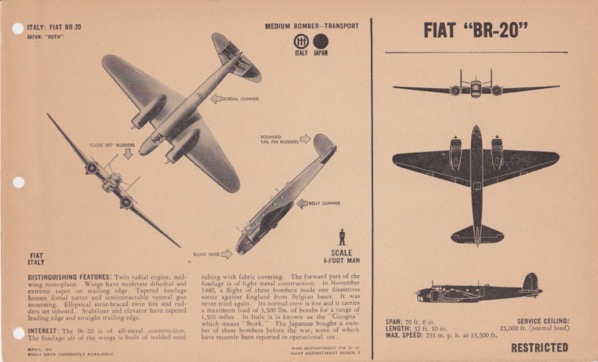 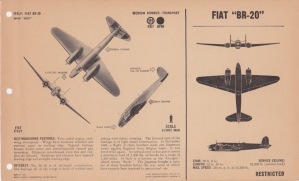 When going to the archives yesterday with my friend James (and getting me the nerdiest-looking picture on a user card ever), I found some very nice Italian information covering the CRUSADER period.  I am actually not quite sure if this has ever been published in English, or indeed in Italian. Maybe somebody can comment on that?

Cronistoria is shorthand for Cronica della Storia (historical chronicle), and it is a simple mission report compiled for Superaereo of the Regia Aeronautica (High Command of the Royal Air Force) in the A.S.I. (Africa Settentrionale Italiana – Italian North Africa) area of operations, on a daily basis.  Below are two days.

5 MC.200 carried out an escort of a S.75 reconnaissance plane.  Formation was attacked by 4 Hurricans from above.  Combat allowed the reconnaissance plane to escape.  One MC dived in smoke and crashed on the ground. One Hurricane shot down in flames.

One Cant.Z.501 carried out a search for motor sailing vessels and mines (or mine hunters)

5 G.50 prepared to take off for an alarm, two did not succeed, the other three followed, reached and attacked an enemy formation; one (enemy) plane shot down.

Another document from yesterday’s haul shows the strength of all Italian divisions on 1 Feb 1942, and compares them to their authorised strength.  It makes sombre reading and shows the impact of the fighting on the Italian formations, most of which I would presume (but be happy to be corrected about) to have been at pretty close to full strength under the Tipo AS40 organisation when the CRUSADER battles started. In this document however, the relevant strength level applied to them is the Tipo AS 42 organisation.

It looks as if the conversion to AS42 was ordered around the start of January 42, and it may well have been an organisation type that achieved two advantages for the Italians. First, it significantly reduced the supply needs for the infantry divisions which in the view of commanders on both sides always had a marginal role in Africa (notwithstanding the fact that the Commonwealth infantry divisions together with the British I-tanks won CRUSADER).  At the same time, it already reflected the very heavy losses suffered by the Italian divisions during CRUSADER.  If the strengths at the end of the battle are compared to the AS40 organisation, they do look a lot worse. AS42 was a divisional organisation that was really more reflective of Italian capabilities in terms of maintaining frontline strength in Africa while building it up significantly in Russia at the same time (where the Expedition Corps was built up to an Army in 1942).  Quite simply, Italy took on more than she could handle with the Russian adventure. Between Russia, the occupation of Greece and Albania, and the need to protect the homeland, little if nothing was left for the last remaining colony of the would-be successor to the Roman empire.

What AS42 meant in terms of combat capability of the Italian infantry divisions is bleak – they were divisions in name only. In terms of strength, they were closer to a British infantry brigade than anything else. So when we are talking about Italian divisions, this needs to be kept in mind. Essentially, the two Italian infantry corps would have a combat value comparable to, although probably slightly above (depending on what artillery the Corps was furnished with) that of a British infantry division.

XXI. Corpo Armato (21st Army Corps) – Pavia and Sabratha divisions should have 6,865 men under the Tipo A.S.42 organisation, Trento should have 10,831 as Div. Ftg. Autotrasportabile or 8,731 as Div. Mot. tipo A.S. (maybe someone can confirm which type this division was? The document seems to indicate only Piave was organised as the latter type)

Sabratha – 5,084 (73%/46% – Sabratha was not involved in active combat in CRUSADER, providing only a blocking force at Mersa el Brega; it was however involved in COMPASS and was rebuilding in Tripolitania during the year)

This link contains good information about Italian divisions,  but in German.

I would be interested to find out when the reorganisation into A.S.42 was ordered for the infantry and motorised divisions, before or during the winter battles of 41/42?

Well, at least that is what I can make out of C’s handwriting. His full comment is ‘I incline to the view that the admirals views are wild’, but I am not 100% certain about the last word. It is his comment on a piece of intel submitted to him, titled ‘Italian appreciation on the situation in LIBYA 27th November’. This itself is a misnomer, and I think C got it, since it is not an official appreciation, but the view of one, albeit high-ranking naval officer on the ground campaign. Still, the Italian admiral was not far off the established opinion. Only five days later Panzergruppe HQ declared victory – read at this link!

Here is the full text:

At Cyrene during the evening of 27/11 source saw the following naval document, signed by Admiral Mateucci giving the Italian impressions of the situation:-

Axis front Sidi Amar (sic!) – Bardia is consolidated and quiet at present. Three British divisions, which were heavily engaged there, would appear to have retired to the eastward, for refitting (?). Concentrating the major part of their available forces, the British have opened a narrow breach through our forces disposed for the siege of Tobruk, joining up at Belhamedi. However, from this morning, 3 Axis armoured divisions from the Bardia area are advancing fighting, towards the westward. The British have had, as their dominating objective, the union with the forces besieged at Tobruk while the general shape of the battle has been characterised by the broad maneuvre. First towards the east, and now towards the west of the Axis armoured division.

Let’s go through this with the benefit of hindsight.  At this point, out of three divisions and three independent brigades, only 7th Armoured had pulled back (what was left of it), but not to the east, mostly to the south, as had the South African 1st Brigade, while 5th had ceased to exist.  4th Indian Division was still besieging the frontier, and the New Zealand Division was busy attacking westward. Of course, it was the failure by the Axis commanders to realise this which helped to win the battle for the Commonwealth.

If anyone knows which position the good Admiral held, I would be very interested.

According to Rich, “C” was Lieutenant Colonel Sir Stewart Menzies, and the position of “C” was the model for Ian Fleming’s “M”.

Cédric found this site, which is well worth going through. These are pictures taken by a soldier of the 1st Engineer Regiment of the Italian army, first on the French border, and later in North Africa. Some very interesting pictures of the retreat in December 1941.

Seems this book is gathering some rather mixed reviews, either very good or not quite adequate.

I’ll probably get it at some point, and will see what it is like for myself. But the comments by Jeff and palamara, but most importantly Mr. Goldstone on Amazon.com are rather off-putting. Daniel is probably not quite the expert on the matter. 🙂 My ‘problem’ is that I speak Italian, so I can read Italian sources and books, and am therefore not quite as blown away if something on the Italians appears in English. 🙂