The table below gives easy access to the daily reports. The background to these reports is as set out below.

The reports were made daily to the High Command of the Army’s Foreign Armies West office (OKH – Fremde Heere West) in Berlin. They were normally a page long and followed a fairly standard format. The reports presented here, unlike e.g. war diaries or combat reports which could often be written up long after the events, were not written with the benefit of hindsight, they are the real view of the intelligence department on the day, or the evening at the end of the day. The time stamps and notifications on them make this clear. They are therefore fairly unique documents that give the reader a direct insight into what the Panzergruppe command was thinking about who and where the enemy were, and what they did and intended to do in the CRUSADER battle.

The reports originated from the Ic (intelligence) department in the Panzergruppe staff, headed by Major von Mellenthin. The assessment was based on the analysis of reports from combat units, POW interrogations, radio interception and aerial reconnaissance from both German and Italian sources. Given the complexity and rapidity of events it was often wrong of course, and it reflects the German view of the battle as it evolved, rather than sober historical analysis, and as such is a prime first-hand source on the battle. 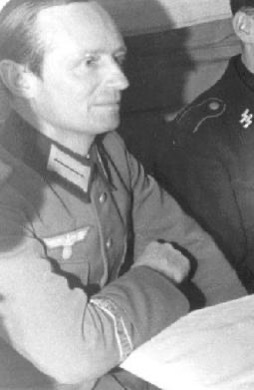 An editorial note, I have tried to preserve the reports as much as possible in translating and transcribing them. The result is sometimes stilted English, and that there are strikethroughs in the reports. My guess for their production is as follows: the initial report was handwritten, then typed up. While this happened further thought would be given to the situation, and when the handwritten version was handed to von Mellenthin for sign-off, he introduced further changes by striking out elements and/or adding handwritten notes. This would then be passed on to the radio room for transmission. Since this somewhat illuminates the thought process underlying the analysis, I am trying to preserve it as much as I can. Furthermore, I am trying to use the Dominion Army designations unless there is a good reason to use the German designations. But that will remain a judgement call, and I hope it makes sense.

A word of warning – these reports are very raw. They will only make sense if you have some background knowledge of Operation CRUSADER. Whatever you do, do NOT try to get this knowledge from these reports. There are far too many errors in them.

Example of an air reconnaissance report

Example of a radio reconnaissance report

The table below is complete and this project is finished.