Every so often it is good to be reminded of the human cost of the events that this blog is talking about. I came across this picture, which shows the German war cemetery at Fort Capuzzo (thanks to Trapperjoe of the Deutsches Afrika-Korps Forum) in a British war diary. Fort Capuzzo had of course seen very heavy fighting throughout 1941. It must have been snapped while driving past on the way to or from the frontline, either in December 41, or in February 42. It is rare to find pictures by British soldiers, since as I understand it, the use of cameras was not allowed, unlike in the German army. 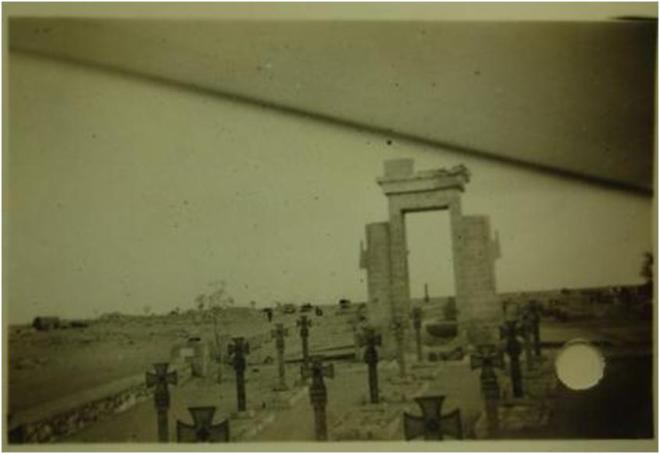