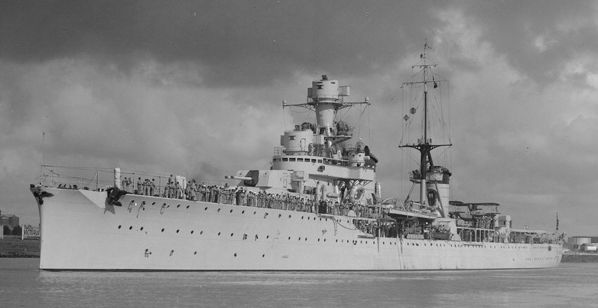 The initial transport of the Afrikakorps (see this link)to North Africa went without any losses on the south-bound route until one of the last convoys saw the German merchant Herakleia sunk at the end of March. Despite this success though, it was not without losses overall. The most serious strike by the Malta-based submarines happened on 25 February 1941, when a Condottieri-class light cruiser of the early two series of six vessels went down, this time it was the Cadorna sub-class RN Armando Diaz.  The first loss of a light cruiser of this class had occurred in July 1941 at the Battle of Cape Spada, when RN Bartolomeo Colleoni was sunk by HMAS Sydney. 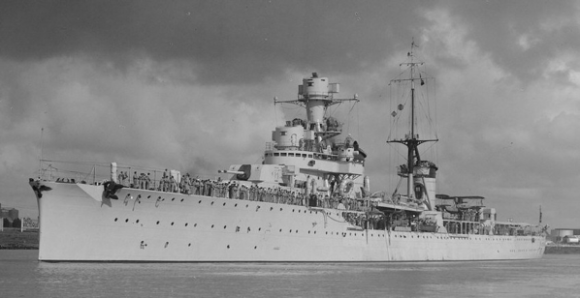 By the the start of the war, the early Condottieris could be considered obsolete due to their lack of protection, and their degraded top speed, which for  Armando Diaz seems to have declined from 39 knots when launched in 1932 to 31-32 knots by 1941. They were primarily to be used for convoy escort, mine-laying, and training, or indeed as transports in their own right, although da Giussano did serve in the battle fleet at Punto Stilo in 1940.

These early vessels of the Condottieri  class also had construction weaknesses, and the rapid sinking of Diaz confirmed their low survivability. These light cruisers were built for high speed, with the aim to be able to chase and engage on superior terms the French ‘super- destroyers’ of the Chacal  and  Guepard  classes. The test speed of some of the early vessels was astounding, reaching well over 40 knots (64 km/h).
The design for speed of these six early  Condottieris caused them to suffer from multiple issues however, including strong vibrations, and a lack of stability due to being top-heavy. The latter ultimately required the removal of the original tripod mast behind the bridge, which was present in the first vessels. On the six vessels of the follow-on sub-classes, a completely new armoured forward structure was introduced, giving the Montecuccoli sub-class it’s very distinctive look, and the final iteration of the two Abruzzi-class light cruisers were in my view two of the finest 6″ cruisers of the war.

On 25 February 1941, while moving south to reach Tripoli, Armando Diaz was torpedoed off Kerkenah Bank in position 34°33’N, 11°45’E by HM/Sub Upright under command of Lt. Norman, D.S.C. RN, who was on his last patrol with this submarine. Diaz was acting as distant escort to the German 4th Convoy to Libya, consisting of the German merchants Marburg, Ankara, Reichenfels, and Kybfels. On this mission she was part of the 4th Cruiser Squadron, together with the di Giussano sub-class RN Giovanni delle Bande Nere and the modern Soldati-class destroyers  Ascari and Corazziere. Diaz was hit by two of the four torpedoes that HM/Sub Upright fired at her, resulting in catastrophic explosions in her magazine and boiler rooms, leading to rapid sinking. Over 500 sailors were lost with her, and only 153 men were rescued. Ascari was also near-missed, and she proceeded to attack HM/Sub Upright without results. Details on the attack can be found at this link, and in Italian at this link. 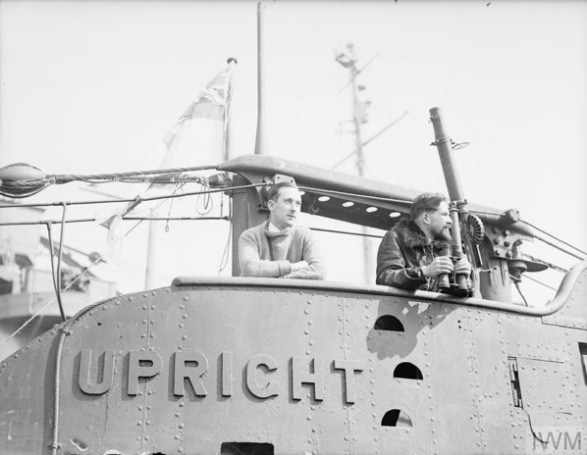 A full article on the operations and fate of the early Condottieris is under preparation.