From the DAK War Diary appendices on supply, I can provide the following numbers on supply requirements for the Panzergruppe and Luftwaffe in Africa, which make quite interesting reading. The document is dated 19 November 1941, and a reply to a letter of Comando Supremo from 13 November 1941, which refers to a conference held in Rome on 11 November 1941. 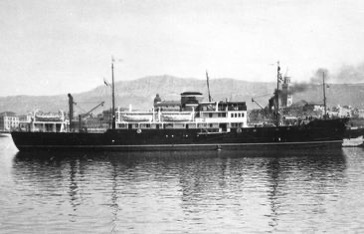 The first table gives the strength on which the requirement is based. It is noteworthy that the number of planes is considerably higher than any I have seen reported for North Africa for the same time-frame. In general, Fliegerfuehrer Afrika seems to have had about 230-260 planes during the period, of which about half were serviceable. I am not sure where the overestimation comes from.

The tonnage given in the table below is for monthly requirements, but only for ongoing consumption, it does not include any stock-building. For each day of stocks to be built, another 1,100 tons need to be added to this. I am a bit puzzled about the high weight of rations. This is 4.5kg of rations per man per day. Since water was not shipped over, one wonders what else is included in this number, since that sees a lot of food, even if one considers wastage!

There are some puzzling items in this list, and I wonder if there was a purposeful attempt to inflate numbers a bit.

One thought on “Monthly Supply Requirements of German forces in Africa – Nov. 1941”